This week a new piece of art from local artist Jim Denomie will go on display at Bockley Gallery in Minneapolis.  Denomie’s piece is 8-foot-tall and 10-foot-wide painting that he calls an “imagined landscape inspired by protests against the Dakota Access Pipeline.”

Beyond the fact he received $10,000 of public money through the Minnesota Arts and Cultural Heritage Fund, the artwork should be viewed as an important challenge to Minnesota.

Minnesota Public Radio called the painting a tribute to what happened at Standing Rock.  One of the definition of tribute is “respect or admiration for someone, or a formal event at which respect and admiration are expressed.”

It is hard to think of what happened at Standing Rock and its impact as anything close to deserving of respect or as something that should in anyway be admired.  It should be a challenge to Minnesota to not buy into the fake nobility of what was incredibly dangerous violence and instead bring us together to rise to a higher level.

Denomie said he “often come(s) away from these paintings with a better understanding of the story or the events.”  Here is what we not only understand but cannot let continue to happen here in Minnesota.

As Line 3 continues to move through the permitting process we are seeing more actions, threats, violence, and a growing disregard by opponents of Line 3 towards any laws they don’t like.  It has led to groups threating the PUC to stop meetings, holding mock funerals at the homes of PUC commissioners, to blocking traffic in places like Bemidji.

In the past few weeks four “activists” tried to attempt to illegally shut of an active pipeline by doing something that could have created an environmental disaster.  Others were caught after they poured sand into the radiator and oil reservoir of an excavator, cut wires and destroyed the dashboard of another construction vehicle.

Viewing what happened in Standing Rock as something to be treated with the respect of Denomie’s artistic vision destines Minnesota to recreate something that was wrong and against who we are and what we believe.

We respect anyone’s right to express a point of view; in this case through a painting.  What we should all take from Denomie’s creation is the challenge that Minnesota must join together to meet.

Together we can make sure what inspired this painting does not happen in Minnesota when Line 3 moves forward. Instead of a fictionalized battle scene, we can show real respect for each other that makes sure we create a different story than what is depicted in this painting.

The Latest Unemployment Rates for Counties Along the Line 3 Route

Line 3 would immediately create more than 4,000 jobs and invest more than $2 Billion into Minnesota at a time when we have never needed it more.  Average unemployment rate for Line 3 counties is Read more… 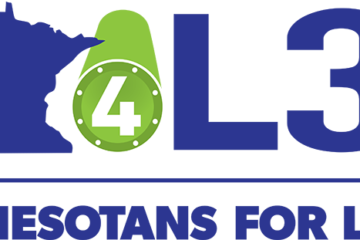 Line 3 Will Bring Jobs Back to Minnesota

Line 3 would immediately create more than 4,000 jobs and invest more than $2 Billion into Minnesota at a time when we have never needed it more.  The latest unemployment rates for counties along the Read more… 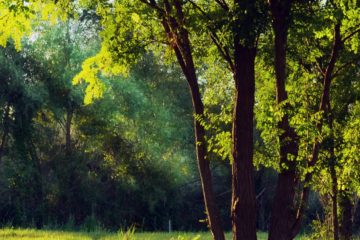 6,806 Line 3 Supporters from across Minnesota Send Comments to the MPCA

Minnesotans for Line 3 gathered and delivered comments from people who support the Line 3 pipeline replacement to the Minnesota Pollution Control Agency as part of the public comment period, urging the agency to approve Read more…