(LEONARD, MINN)         Niki Cole had been a strong supporter of Line 3 for years because she thought it was important to replace aging infrastructure like pipelines.  Now that construction work has started, Cole said the project has not only delivered on the promised economic boost it would bring, the workers have brought important new positive energy to the Leonard community.  Cole owns the Strand’s Store in Leonard that also serves as the town’s post office.  She said her business immediately increased when construction started and others in the small community are seeing the same positive results.

“We are a small rural town without any stop signs or stoplights and have 7 great local businesses,” Niki Cole said. “Not only have I watched more customers come into my store, the other local businesses are now serving the construction workers and also seeing an increase in sales and traffic.  Beyond the fact we have more customers, the construction workers have been embraced by local residents and we have truly enjoyed making new friends and getting to know our great visitors.”

After more than five years of review by regulators, there are now more than 5,000 people working on the Line 3 project in 14 counties across Northern Minnesota.  While construction work continues, project opponents have unsuccessfully tried to use legal action to stop the project.  This week, a federal appellate court judge denied a request by opponents to stop work by making unfounded claims related to the environmental review.  The federal denial follows a decision by the Minnesota Court of Appeals to reject a petition from the Red Lake Band and the White Earth Band of Ojibwe to halt construction.

The Line 3 process started in 2014 during the Obama-Biden Administration.  Enbridge submitted their application to the Minnesota Public Utilities Commission (PUC) in 2015 to replace Line 3 as part of the company’s integrity and maintenance driven program.  The Line 3 project is the most reviewed pipeline project in Minnesota history and has been reviewed by state and federal agencies and regulators for almost six years. 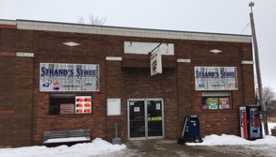 For Cole and other Line 3 supporters, seeing work start and then be allowed to continue has been important to them and their community.  “We are relieved and incredibly happy the courts reviewed all the work that went into the permits and denied attempts to stop construction,” Cole said.  “Beyond the impact on my business, had work been stopped by the courts – it would have been devastating for the people and their livelihoods.  It is inspiring to get to know the hardworking pipeliners, who are doing a much-needed job of restoring Line 3.”

Cole moved to Leonard, MN in 2000 from Lincoln, Nebraska where she had been working for a large manufacturing company that had global customers.  The decision to move to Leonard was an easy because she had vacationed in the area often and had thought Clearwater County was ideal location to raise a family.

In 2006 Niki saw a ‘for sale’ sign in the window of the Strand’s Store and bought it on the spot. The Strand’s Store first opened in the year 1915 and became a contracted Postal Unit in the year 1986. All regular services of a post office are available on-site including post office boxes that are leased by local residents and/or businesses.  The original owners (Strand Family) had a scale in the store that was used to weigh goods, produce, and often times to weigh babies. Today the original scale remains in the store being used for exactly those same things. 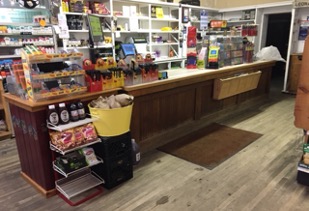 For Cole, the store is more than just a business to her.  It’s a chance to connect with and support the community. “Owning the store is great but what is even better is the chance it gives me every day to help people,” Cole said. “A good example is doing what I can to show how much we love the workers. Recently a pipeliner came into my store and wanted to know where he could buy good crawfish in the area.  Instead of sending him someplace else, I went to my freezer where I pulled out a package of frozen crawfish my friend had shipped to me from Mississippi.  The pipeliner said, how much do I owe you? I replied, not a thing. Enjoy.”

Letters to the Editor Supporting Line 3:

We can’t afford to wait any longer for Line 3

“It’s long overdue for those making decisions in this state to pause and look at the facts. We cannot afford another appeal. Too much time and taxpayer dollars have been used to repeatedly determine that Line 3 is necessary.

If we do not approve Line 3 and get started soon, the people of Minnesota will deserve an explanation about why the most studied pipeline project in our state’s history – that literally checks every box – was stalled at a time when our economy needs it so much.”

Nearly six years to replace Line 3 is too long

“My family has farmed in Clearwater County for 85 years. As farmers, we take pride in our land and work hard to take care of the soil and water around us. We also take very seriously planning our farming operations, including rotating our crops and maintaining our equipment.

For 48 years, we’ve hosted six pipelines on our property and have always had a good relationship with the company. In 2014, we received a letter from Enbridge about the company’s intention to replace its Line 3 pipeline. Since that initial letter, we’ve worked with Enbridge on the easement for the replacement pipe and have considered our farming plans to accommodate construction.”

“In trying times like these, you would think local governments would try to work together to get things done. The fact of the matter is, they can’t — or they won’t. The gridlock in our state house is at an all-time high, and neither side seems willing to concede anything to the other. You would think they would care more about the people than these political chess matches; but for the most part, that’s not the case. Minnesota needs jobs more than ever — as well as the hope that things can get better. As we struggle with COVID19, the changes it has forced upon us have left too many of our businesses to drop like flies, with more people applying for unemployment every day.”

Stay Informed:
Be the first to know about Line 3 news as it happens by joining the Minnesotans for Line 3 email list.